30,000 out-of-hospital cardiac arrests in UK each year. LESS THAN 1 in 12 survives sadly. WE WANT to SAVE LIVES by teaching LIFE SAVING SKILLS. PLEASE MAKE A DIFFERENCE . Click on the Banner To Learn How To Save A Life.

The Egyptian coastguard has apprehended three scuba divers in the act of attempting to cut a major underwater telecommunications cable off the coast of Alexandria. "Marine forces today successfully foiled an attempt by three divers while they were cutting a submarine cable for internet connection belonging to Egypt Telecom," coastguard spokesman Ahmed Mohammed Ali said in a statement quoted by news website Al Arabiya. The attempted act of sabotage is a sign that criminals or even terrorists are becoming all too aware of the economic damage they can do by attacking the world's subsea cables. The alleged cable cutters were caught on a speeding fishing boat just off the port city of Alexandria. While their motives - and indeed their degree of cable-cutting success - are unclear, local subsea cable operator Seacom has been reporting cable breaks and internet service outages in the last week, affecting trans-Mediterranean lines from Europe to Africa, the Middle East and Asia.
Posted by Earnathomeonline at 07:44 No comments: Links to this post

HEATHER Lawson is possibly the first blind-deaf person in Australia to go scuba diving, and one of only a few in the world to have done so. The 54-year-old Frankston adventurer, who was born deaf and gradually lost her sight (as have two of her siblings), has skydived and bungee-jumped, climbed rocks and the Sydney Harbour Bridge, flown in a hot air balloon and skied over snow and water. Scuba diving has long been on her bucket list. Last week she spent an hour in the shallow waters of Ricketts Point Marine Sanctuary, thanks to a support team of seven including her Auslan tactile interpreters and local dive instructor Mike Letch, founder of the Disabled Divers Association. Ms Lawson was tethered to a scuba hose, her tank floating separately so she could explore and sign freely. She held starfish, kelp and sea urchins as interpreter Bill Hynes - also deaf, and a qualified diver - described everything to her in water up to three metres deep and 200 metres offshore. Mr Letch said later that Ms Lawson's perception of her surroundings was incredible to witness. "She was so much more in tune with a whole lot of stuff going on than the rest of us," he said. "She's super switched on, super intelligent. We want her to become a regular next year, now that we know how it can be done." Back on shore, Ms Lawson - her grin as wide as the harbour bridge she climbed - declared the experience "amazing". "I wish I was a seal, then I could stay in the water all day," she said. "I was pretty nervous before going in, but it was incredible. I was so determined to breathe properly and ignore the waves. "I could feel the rocks and the shells, and tried hard to understand what the fish being described to me was [a leatherjacket]. "I hope to do it again if the fish like me enough, and Mike and his team don't mind doing it again." The dive took months of planning and took place because of Mr Letch's training in disability diving in the US. He and fellow volunteers helped people with paraplegia, quadriplegia and cerebral palsy dive. "Our Mobi chair, donated by Hampton Rotary, has had quite a workout this summer," Mr Letch said. The elongated tricycle has thick wheels and carries people directly into the water. "You know you've done something right when you look up from the water and see nine empty wheelchairs on the shore - they're [occupants] all in the water. Now that's an incredible feeling," he said.
Posted by Earnathomeonline at 07:45 No comments: Links to this post

A RESERVOIR in Godstone will be transformed into a diving centre and underwater training site. Sutton and East Surrey Water has leased Godstone East Reservoir to Caterham-based Outdoor Leisure Pursuits Ltd in a 10-year deal. The company plans to set up a new scuba diving and underwater training facility at the site by the end of March. Owner and scuba diver Simon Turner said: "There is nothing like it in this region and diving is a growing pursuit. "We will be open to the public and will train novices with our PADI-qualified dive-master instructors. "We also plan to get involved with armed forces rehabilitation, charity days and respite-activity days for carers, enabling everyone to enjoy exciting experiences and exercise underwater." The new centre will feature log cabin changing rooms and will also provide parking on site as well as offer refreshments. Sutton and East Surrey Water operations manager Richard Rap said: "We wish Simon and his team every success with their new venture. "We have had incidents of trespass at the site in the past, and a continued authorised presence will increase surveillance and control illegal access."
Posted by Earnathomeonline at 01:26 No comments: Links to this post

Why buying your own dive gear is a smart investment

Buying your own dive gear It only takes one great experience to fall in love with diving, but when you’re new to the sport, you might be hesitant to go out and immediately buy your own gear. At first, it might make sense to rent gear and get a feel for what you like, but when you know you’re committed to a lifetime of diving, one of the smartest investments you can make is buying your own gear. Above all, a comfortable dive is a good dive, and when your gear is your own, you have a lot less to worry about – and a lot less tugging and adjusting to do. When you’re ready to start buying your own kit, these are the items that should be first on your list – and why you’ll enjoy owning them. * Wetsuit – This close-fitting garment should be comfortable and just the right size, or you’ll be spending some unpleasant hours under water. Different suits have different buoyancy characteristics, which can lead to adjusting your ballast weight time and time again to compensate. Simply slipping into a suit all your own will help you get in the water faster and be better able to focus on the task at hand, rather than an ill-fitting garment. * Regulator – If the idea of using a regulator that’s been in the mouths of countless other divers doesn’t exactly appeal to you, you’re not alone. Buying your own regulator gives you the peace of mind that comes with knowing who’s used it, as well as how it’s been cleaned and maintained. You also don’t have to worry about adjusting the settings every time you dive. * Buoyancy Compensating Device – This critical piece of equipment holds and connects all your life-support gear and lets you establish the right amount of buoyancy you need, either under water or at the surface. Having your own BCD enables you to keep all of your accessories arranged just as you want them and gives you the added comfort that comes with being totally familiar with the equipment you’re using. Whether you buy everything at once or gradually collect all the necessary gear, having your own equipment will make diving easier and more enjoyable. If you need advice on any particular item of gear or have specific needs then head down to your local PADI dive shop where they will help you find the right piece of gear for your budget, requirements and fit.
Posted by Earnathomeonline at 08:06 No comments: Links to this post

Posted by Earnathomeonline at 11:55 No comments: Links to this post

Sometimes all it takes to restore your faith in humanity is a random act of kindness. 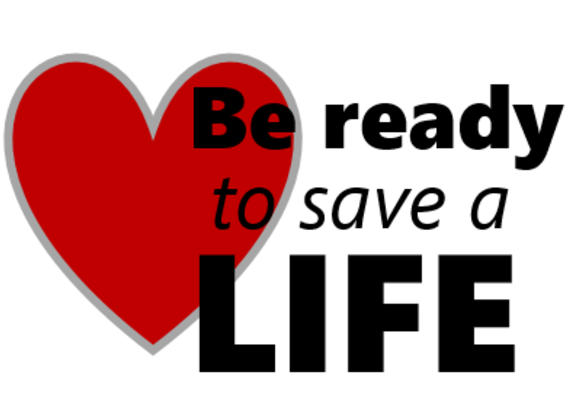 Click on the pic for our Award-winning learning solutions

YOUR DESTINY is in YOUR HANDS 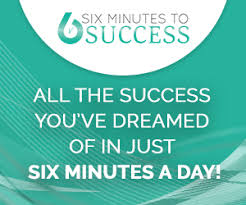 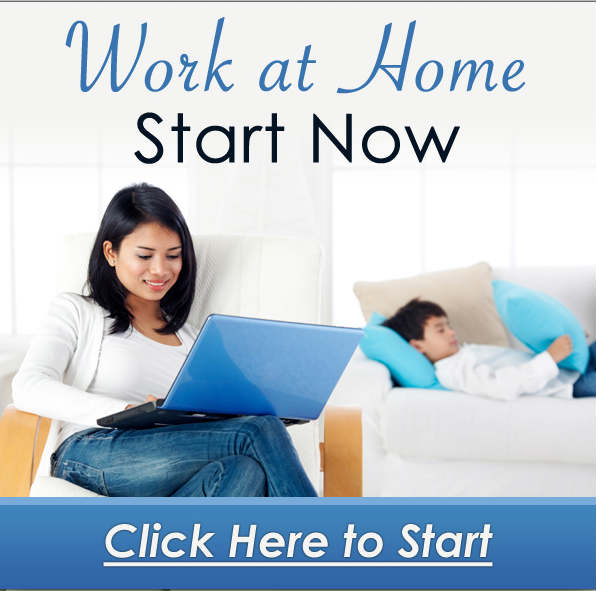 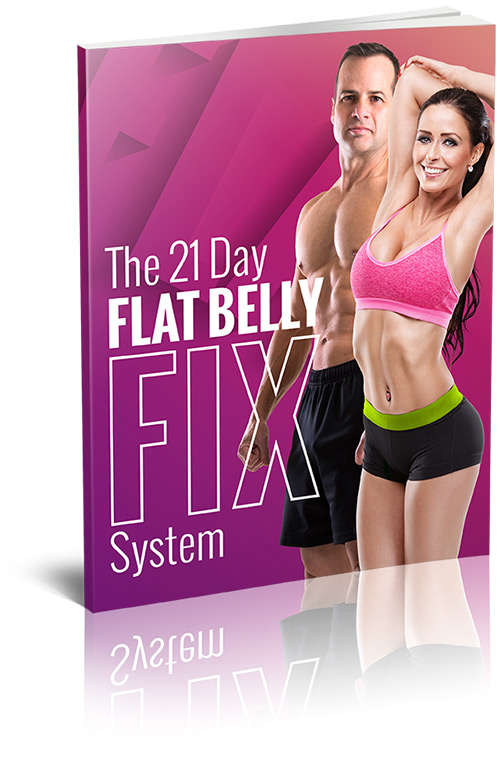 This is the only 21-day rapid weight loss system that allows you to easily lose an average of 1 lb a day for 21 days without feeling hungry or deprived. 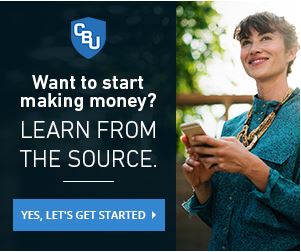 1000 millionaires created ( verified ) around the world by using this simple system . We want YOU to succeed too ! 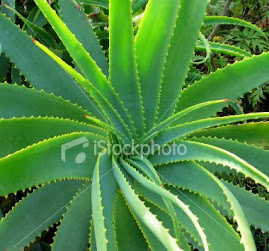 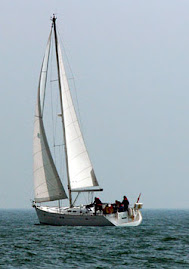